Designer A. Gianotti of Italy has added an invention in his name called the Waterfalls that is a smart wall clock built using LED technology. The wall clock comprises of three parts signifying the hours, minutes and seconds. These three parts show a downward passage where the time units fall down like the water droplets. For this reason, the clock is termed as Waterfalls. 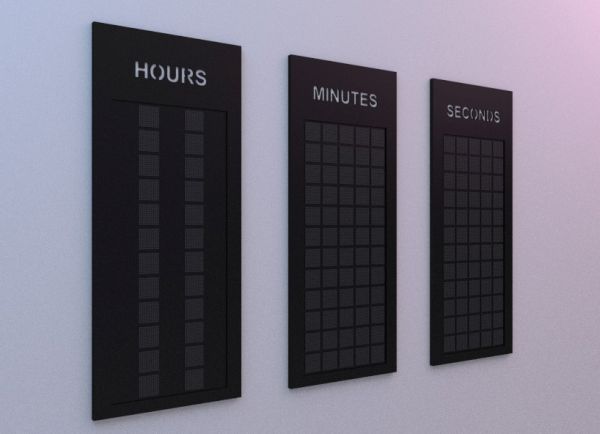 The designer has derived inspiration to create this smart clock from five different things. The clock not only illuminates the surrounding but also helps in knowing the time. This finds similarity with the London’s Piccadilly LED wall. The display of the clock that shows time resembles a basketball scoreboard and the small structure comes from Mies van der Rohe architecture. In addition to this, the idea to give priority to LED light over the product derives inspiration from telecontrol and introducing the sense of dynamism is an inspiration from the nature, mainly the waterfalls. Thus, Waterfalls is a unique result of these five combinations. 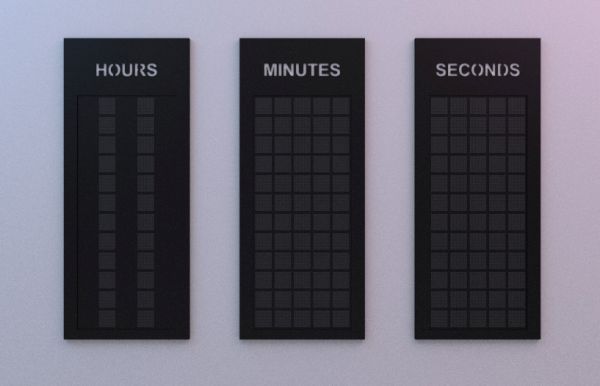 The wall clock has three panels composed of black lacquered aluminum. These panels have twelve cells for hours and sixty cells for minutes and seconds that deliver light. As soon as the light falls down, it accumulates in the bottom area and the moment second’s panel get full, the latter gets empty. Further, a light drops down in the minute’s panel and the same sequence carries on in the panel of minutes and hours. Waterfalls create an energetic atmosphere by its beautiful light show and the movement that is constant. You can have a full control over the values of light, color and its brightness through your Smartphone.

Waterfalls is a wall clock that along with displaying time, lightens up the entire room presenting a dynamic and beautiful play of lights.