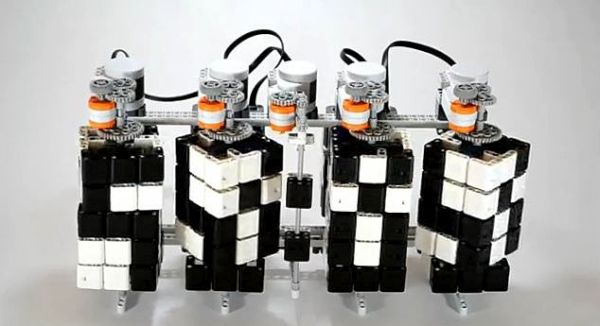 LEGO is known to inspire people of all ages to build and fuel their dreams in the process. The company has a separate Mindstorms series of LEGO kits for robotics makers. These kits can be programmed to perform a variety of functions. Plus, they can be customized for any project by anyone and everyone who loves to build. Here are 6 amazing creations that owe their existence to LEGO Mindstorms.

Instead of doing it yourself, why don’t you let your LEGO Printer do it for you? Designed by YouTube user ‘Horseattack’, the LEGO printer will connect to an Apple Mac and features sensors, printer drivers, USB interfaces and analog motor electronics. Armed with a pen, the printer will then start moving back and forth to build a line by line image or text, thus giving off the impression of printing the image/text. This specialized LEGO robot comes with a robotic arm that is capable of rotating 360 degrees. The arm is placed on a platform that is attached to two wheels underneath it for facilitating movement. The platform also comes with two EV3 intelligent bricks that help control several sensors and motor functions of the arm. This inspiring LEGO Mindstorms creation features a fully functional digital clock. The clock is powered by two individual bricks that communicate via Bluetooth. Each of the numbers displayed on the clock has five separate layers, with each layer controlling the layer beneath it. This allows the number to be generated and displayed from the ground up. How about being chased by an absolutely hideous looking creature that is made of LEGO components? Meet Spikr3r, a six legged creature created with LEGO Mindstorms. Featuring a frightening looking crushing claw, the creature can turn sharply and snap at you. This inspirational LEGO Mindstorms creation features a robotic face that can emote a range of expressions by simply listening to the tone of your voice. If you sound happy, the face smiles. If you sound sad, the expression changes to sadness and so on.

From emotion heads that mimic your mood to creations that can solve Sudoko puzzles, these LEGO Mindstorms creations would impress you for sure.

A quick look at some of the most impressive, almost weird buildings in the world