Studies of the foetus in the womb by Leonardo da Vinci: 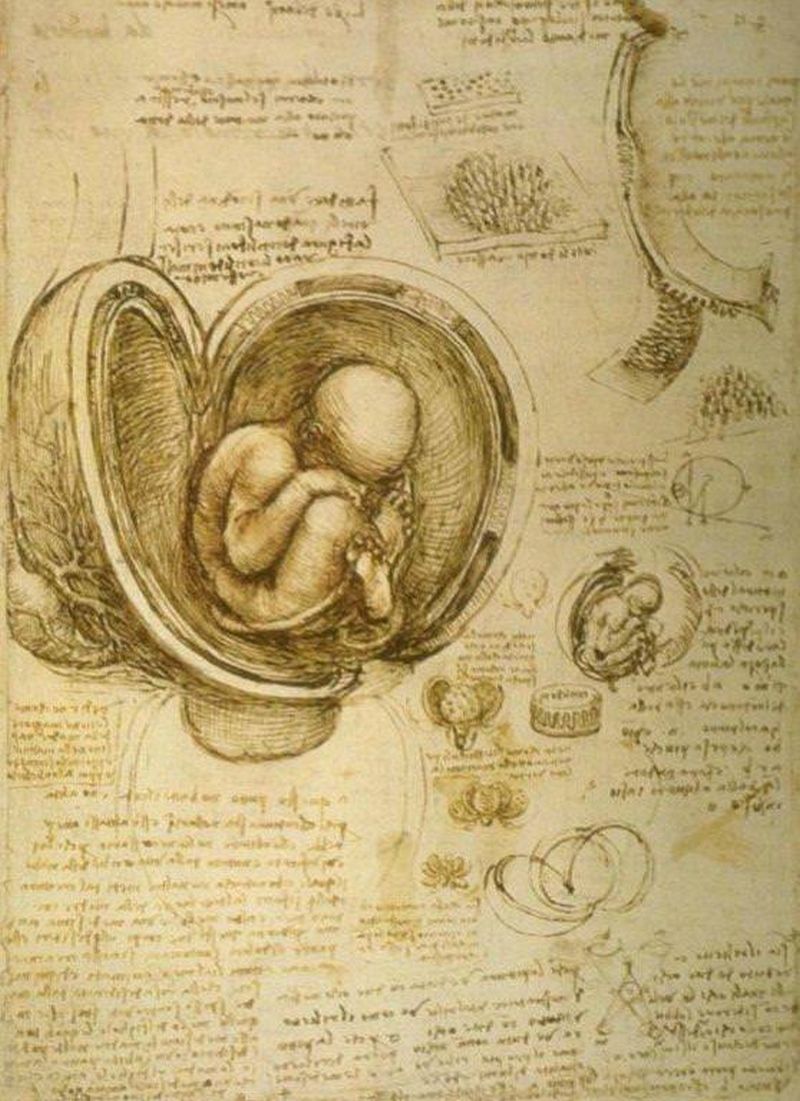 It wouldn’t be wrong to say that Leonardo da Vinci was also a physician with a good aim apart from being an artist of the highest calibre. Around 1506, Leonardo da Vinci got in close contact with Marcantonio della Torre (a famed anatomist), which allowed him to observe human dissections at a close distance. What happened next changed the way art and science interacts with the world.

Leonardo da Vinci drew numerous anatomical artworks depicting a foetus in a womb. These drawings remained unpublished in Leonardo’s lifetime. Upon posthumous publications, Leonardo’s ‘studies of the foetus in the womb’ became one of the most brilliant art that changed the world. Here’s how:

Leonardo’s anatomical drawings were the first artworks that accurately portrayed the human foetus in its correct position in the womb. In one of his most famous drawings, Leonardo clearly depicts a fetus inside a dissected uterus. Not only that, the master painter also precisely sketched the uterine artery and a uterus with a single chamber. Leonardo also drew the umbilical cord as something made of vessels.

Leonardo’s ‘studies of the foetus in the womb’ become an art that changed the world. He combined art and science in such a way that his drawings gave the world aesthetic and accurate anatomical portrayals of the human body. 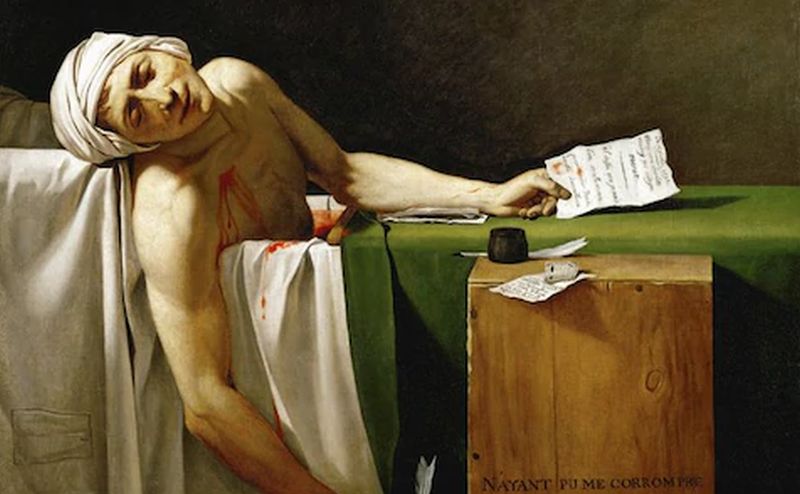 In 1793, French artist Jacques-Louis David painted a hypnotic artwork that soon turned out to be one of the most blood-stained art of the French Revolution. The subject of the painting – a 50-year old writer Jean Paul Marat – was brutally stabbed to death by 24-year old woman. The reason behind the murder was a highly political accusation. The murdered blamed Marat for encouraging the violence involved in the French Revolution. Jacques-Louis David captured that exact moment with his brush. But why is this painting so important?

David was himself a radical revolutionary artist of his time. Through The Death of Marat, David essentially attempted to glorify Marat as a political martyr and a revolutionary hero at the same time. What makes David’s painting even more revolutionary was the way Marat was positioned in the painting during his last moments. David brushed Marat’s right arm as the longer one (with a limp), to draw parallels of Marat’s dead body with Jesus’ in The Emtombment of Christ.

The revolutionary and religious elements combined to make The Death of Marat a popular piece of artwork among the Montagnards. The Death of Marat, one of the most reactionary out of David’s paintings changed the world by being one of the first political painting of the 18th century that pushed the French Revolution to its conclusion just 5 years later.

The Problem We All Live With by Norman Rockwell: 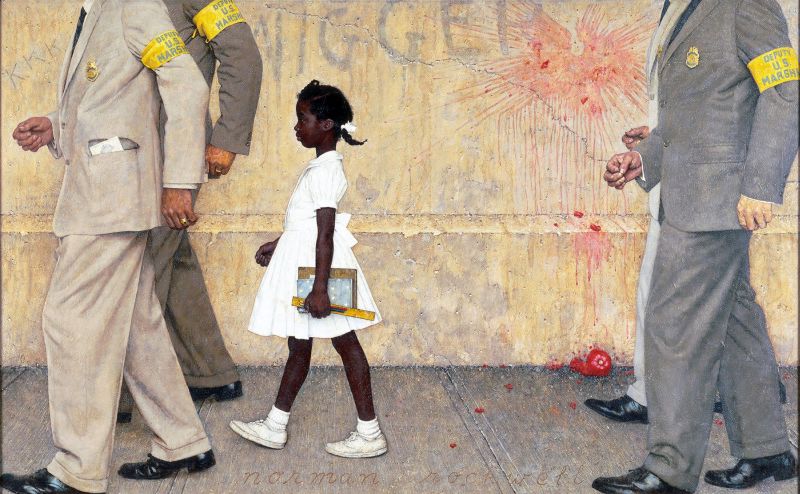 In 1964, Normal Rockwell painted the most iconic image to clearly portray the imperfect, dark side of America. In his artwork, Rockwell depicted a African girl in a white frock going to school. At first sight, this does not look like one of the art that changed the world.

However, white men surrounding the African girl shows how race and gender are excluded and secluded from the mainstream, patriarchal society. The red stains of a smashed tomato on the wall behind the girl, speaks about how racism performed itself violently to deter the girl from acquiring basic education. The painting is supposed to be inspired by Ruby Bridges – a African girl who walked defiantly in an all-white school.

Normal Rockwell’s The Problem We All Live With soon became one of the most revolutionary paintings that changed the world. It became a household name during the Civil Rights Movement. Although the painting doesn’t merge art and science, it surely invokes radical political elements, including the way society juxtaposes race and gender with power and status. The Problem We All Live With is such an iconic painting that when Barrack Obama invited Ruby Bridges to the White House in 2011, he decided to include Rockwell’s paintings on display.