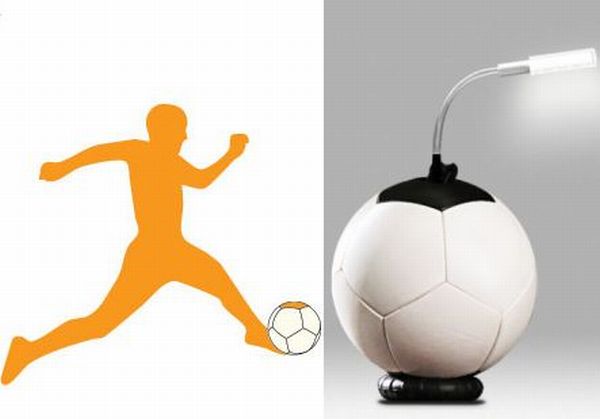 Soccer is undoubtedly the most played sport on the face of the planet. The fact that it only requires an inflated ball and a patch of level land to be played makes it one of the most easily embraced games around the world allowing people with very limited resources to indulge in team sports. These aspects of the game have allowed innovators to dream up other uses for the soccer ball including light fixtures like the Powered by Sports Desk Lamp. The SOCCKET is also a similar device which is basically an eco friendly portable generator that is made to look and functions like a regular a soccer ball. The design came into being as a class project by Harvard-based social scientists Jessica O. Matthews and Julia Silverman who founded the social enterprise Unchartered Play to try and popularize the product as a viable means of mass individualized electricity generation. Since the SOCCKET is designed to be used like a soccer ball and generates electricity with usage, it can serve as a means of entertainment for the kids as well as a really simply motion-powered generator that can be used to power a number of small appliances like mobile phones, water purifiers, hot plates, speakers, fans and even cellphones.

This makes it an ideal source of supply for regions in the developing world that experience infrequent power supply and shortage of grid power. The SOCCKET ball requires no inflation and its water resistant shell protects the patented internal mechanism. Made from highly durable materials, the lightweight ball is perfect for play with bare feet as well.