Mohammad Reza Dezfulian, automotive and heavy trucks after-sales services expert has given a speech on the role of the automotive industry in the economy of developed countries.

Mohammad Reza Dezfulian stated that the automobile industry with over 100 years of existence started in Germany and France and came of age in the U.S. in the era of mass production. Through the industry’s history vehicle volumes, efficiency, safety, features, and choice have grown steadily. Synonymous with 20th-century industrial development, intertwined with its twin marvels, mass production, and mass consumption, the automobile industry has been called the “industry of industries.” Mohammad Reza Dezfulian continued that all is not well as it seems in the automotive world. Worldwide, average margins have fallen from 20% in the 1920s to 5% now, with many countries losing money. It is in the industry’s market capitalization that this poor profitability performance is reflected.

Surprisingly and despite huge revenues as well as employment, the industry accounts for only 1.6% of the stock market in Europe, and 0.6% in the U.S. There is a stark contrast between the industry’s lackluster financial success and its oversized social role, the share of employment and political influence. The predominant performance of the industry can be shadowed in overcapacity and mature markets in developed countries. In the U.S., Europe, and Japan, which account for 80% of world sales, growth and increasing productivity is to reduce capacity. 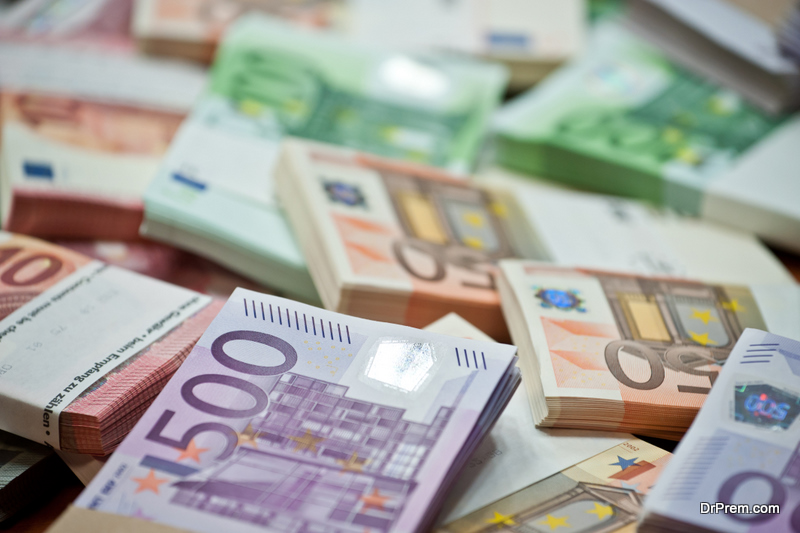 Mohammad Reza Dezfulian added that three major sectors dominate among the 2500 leading companies in the investment in R&D, these sectors are pharmaceuticals and biotechnology, production of process equipment, and the automotive industry. This without a doubt shows that the automobile industry plays a key role in the development of the modern economy. Furthermore, the industry is also a major innovator, investing more than 84 billion euros in research, development, and production.

Mohammad Reza Dezfulian stressed that the prospects for this development are determined by where motor transport is in the infrastructure of the national economy. He pointed out that at this moment in time the development of the country’s economy is difficult to be visualized if the development of the automobile industry is disregarded. Statistics show almost 92 million motor vehicles and commercial vehicles were produced worldwide in 2019. This figure translates into a decline of around 5 percent, compared with the previous year. China, Japan, and Germany were the largest manufacturers.

As stated by international estimates, the average annual turnover of the world automobile industry is more than 2.75 trillion. Cars have a great share of the world’s largest export products, surpassing oil revenues. For example, only the volume of investment in R&D corporation in 2014 has become about 13 billion euros, and two years later in 2016 about 13.2 billion US dollars. It is worth noting that tax revenue from car manufacturers in 26 industrialized countries is more than 430 billion euros per year.

The auto industry is one of the most important industries in the world. It historically has contributed 3 – 3.5 percent to the overall Gross Domestic Product (GDP) of the U.S. The industry directly employs over 1.7 million people in designing, engineering, manufacturing, and supplying parts and components to assemble, sell and service new motor vehicles. Also, the industry is a huge consumer of goods and services from many other sectors, including raw materials (such as steel, iron, aluminum, plastic, glass, carpeting, textiles, computer chips, rubber, and much more), construction, machinery, legal, computers and semi-conductors, financial, advertising, and healthcare. The auto industry spends $16 to $18 billion every year on research and product development – 99 percent of which is funded by the industry itself. Due to the industry’s consumption of products from many other manufacturing sectors, it is a major driver of the 11.5% manufacturing contribution to GDP.

Without the auto sector, it is difficult to imagine manufacturing surviving in this country. Mohammad Reza Dezfulian mentioned that according to statistics, about half of the world’s consumption of oil, rubber, about one-fourth of the glass output, and a sixth of the steel output is accounted for by the industry. Moreover, the auto industry is the second after aircraft construction in terms of the volume of consumed products of other industries. In the economy of developed countries, growth in the automotive industry by 1% causes a GDP growth of 1.5%. Consuming goods and services from many other sectors, the industry contributes to a net employment impact in the U.S. economy of nearly 8 million jobs. Approximately 4.5 percent of all U.S. jobs are supported by the strong presence of the auto industry in the U.S. economy.

Automotive Industry and the Economy of the EU

Mohammad Reza Dezfulian stated further that similarly, it is evident that the auto industry is powering economic growth in Europe where the turnover generated by the automotive sector represents 7% of the EU’s total GDP. Also, the industry is supporting a vast supply chain and generating an array of business services. 14.6 million Europeans work in the auto industry, directly and indirectly, accounts for 6.7% of all EU jobs. 11.5% of EU manufacturing jobs – some 3.7 million – are in the automotive sector. Vehicle manufacturing is a strategic industry in the EU, where 18.5 million cars, vans, trucks, and buses are manufactured per year. Automobile manufacturers operate some 226 vehicle assembly and production plants in the European Union. The European auto industry share of export around the world is €74 billion trade surplus for the EU.

Mohammad Reza Dezfulian added that the automotive industry has seen its equitable share of change in recent years. Technology is vastly improving, manufacturing is more efficient, remarketing has evolved, and the type of data people are looking for must be more precise. This means the method by which vehicles are being remarketed has advanced.

Mohammad Reza Dezfulian is an Automotive and logistics expert and Industrial Engineering graduate from the Sharif University of Technology.