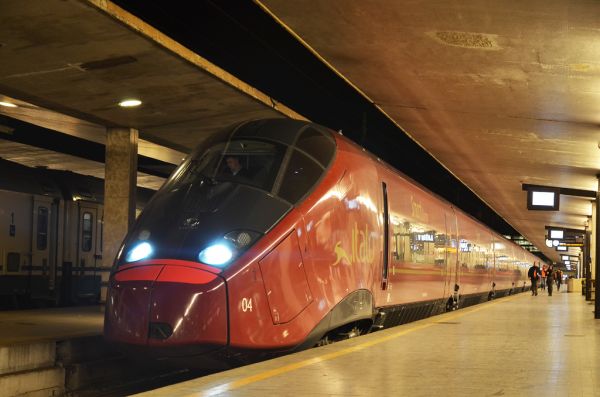 The European train market was thrown open to private players by the European Union in 2006. This prompted the interest of Ferrari president Luca Cordero di Montezemolo and the result is the Italo or Ferrari train running on tracks of Italy. Although the train completed its maiden voyage from Rome’s Tiburtina station very recently, it will officially start running from April 28 on the routes of Naples, Rome, Florence, Milan and Bologne. The aerodynamic design, flashy red color and lush interiors of the speedster will totally transform the image of the European rail network. Coming from the company Nuovo Trasporto Viaggiatori, the idea was born when Ferrari formed an alliance with the luxury goods company Tod’s Diego Della Valle and the French train concern, SNCF. These trains are lighter and will move at a faster speed. They weight about 10 percent lesser than other trains and will therefore usurp 15 percent less energy. Furthermore, they are also more effective, quieter and safer than their counterparts.

Hopes are high that with its hi-end amenities, the train will transform hi-flying jet setters into rail commuters. The train will have facilities like power supplies and tunnel proof wireless internet to make your travel more comfortable. There are cell phone free cars and some trains will even have cinema cars for movie buffs. Also, there is a sound suppressing audio system that will play music in four different languages.

The seats on the train are divided into three classes and the pricing for the two hour Rome-Milan route is as follows. The Smart class for 45 euros or $60 is quite affordable and has hulky leather seats inside a reduced noise car. The premium seats in the Club zone are tagged at 360 euros or $480. It has four chairs in a private salon. If you are looking for a mid price range, then go for the first class seats in either open or the relax cabins.

In case of apocalypse: The biggest most...

New York based hotel has a striking...