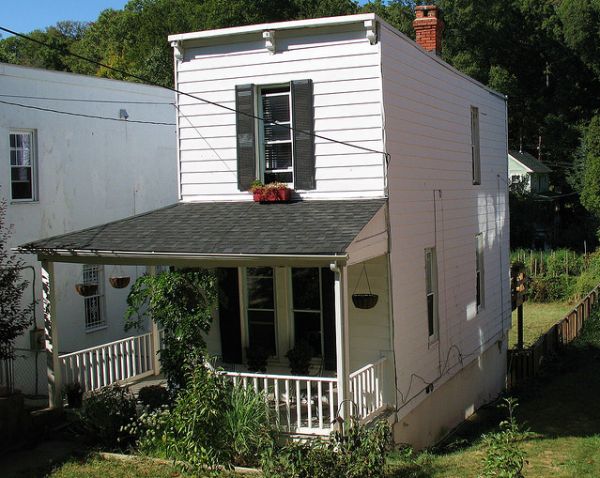 The ingenuity of design minded residents and architects is often portrayed in designs for abodes with less than sufficient square footage. Giving up both the luxury living and space more minimally is not easy always, yet this does come with few benefits like bigger skies, fewer possession and open spaces. Moreover, smaller and narrow houses make it simpler to cozy up with loved ones. Small and narrow houses are available all across the world of which five most tiny houses include: Smaller living may be the upcoming trend, yet it’s not a novel idea definitely. Clubbed amid two neighbours of normal size, this Little House is indeed the smallest abode in Toronto. Stretching to only 312 square feet space, this house is an adjacent favourite stopping traffic time to time. Brazilian Heneita Minho having no such formal architectural training designed this house and till date is living here, which most people recognize as the world’s narrowest house. This three-story house is 10 meters tall and one meter wide and is so thin that Minho cannot extend her arms fully when she walks past the front door. Regardless of its radical appearance, this building is indeed a completely functioning home having two living rooms, three bedrooms, a kitchen, a veranda and washrooms. Living in Hong Kong may be hostile and cramped and who knows this better than Gary Chang. No wonder, he converted his one-room tiny apartment into an eco-friendly, innovative space that can be transformed into 24 varied configurations. Besides, spatial flexibility is attained via the manifold operations of innovative partitions. Designed by Jay Shafer, the world’s smallest house is affectionately named Tumbleweed. The decision to stay in this tiny 96 square feet house began from his concerns regarding the environmental impact of sole individual residing in larger houses. The entire house of Shafer is smaller than a bathroom yet is wired for electricity that is powered via solar electric system along with an inverter or an AC plug. Besides, this house also has propane room heater, hot water heater on-demand, a bar sink, under-counter refrigerator and two-burner stove. Initially developed for urban poor, capsule apartments have become a good alternative, especially for the singles in China who are desperate for budget-friendly urban housing, these days. This house is barely bigger than a closet; offers space of two square meters, has chain-link ceilings and coats about 230 Yuan per month.

For the developing world, a living space is such a premium individuals spend whopping amount of money for residing in quarters, which is smaller, compared to few prison cells.

5 Sci-Fi Inventions that should never be...

Amazingly creative cutters for your kitchen