Owing to popular manga titles like Dragon Ball, Naruto, and One Piece, most of us think that mangas aren’t for a mature audience. We develop such misconceptions because most of us are unaware of some really good mature mangas out there. These deal with everything from the poetical to the psychological and existential, something that is meant exclusively for the mature people. Let’s take a look at seven such superb mangas. 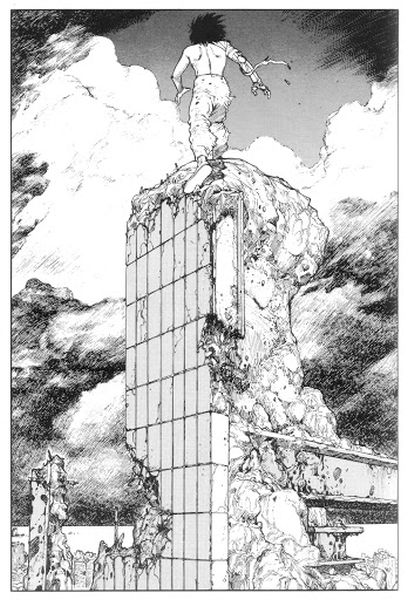 Although it was written and drawn in the 1980s, Akira never gets old. It was path breaking in more than one way, and you simply can’t start a discussion about mature mangas without mentioning it. KatushiroOtomo has drawn it in a way that makes each page of this masterpiece worthy of hanging in a museum.

Its techno-futurist setting, wide array of characters and underlying themes like power and alienation are good enough to make one of the greatest mangas ever written. In addition, its 1988 movie adaptation, which was also directed by Otomo is great too. We recommend you to check both as they have slightly different plots that somehow complement each other. 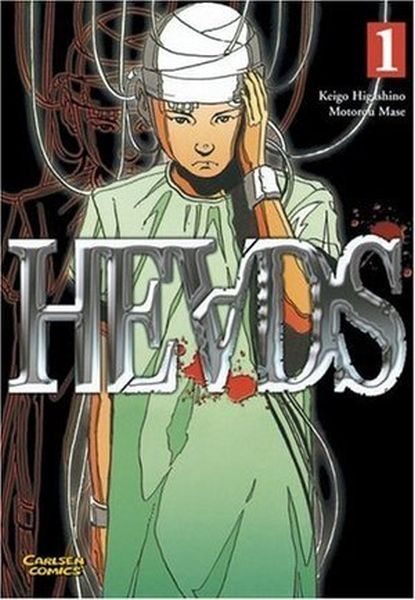 What if someone takes out one half of your brain and puts in someone else’s brain in place of it? Would you remain the same person or would you change? This is the existential dilemma that KeigoHigashino explores in this intriguing manga. We don’t know how scientifically accurate its story is, but you can be sure that you would find plenty of food for thought in this one. The story of this manga is surely better than what you’d find in any mainstream Hollywood movie, so don’t be surprised if you come across a movie adaptation of it in near future. 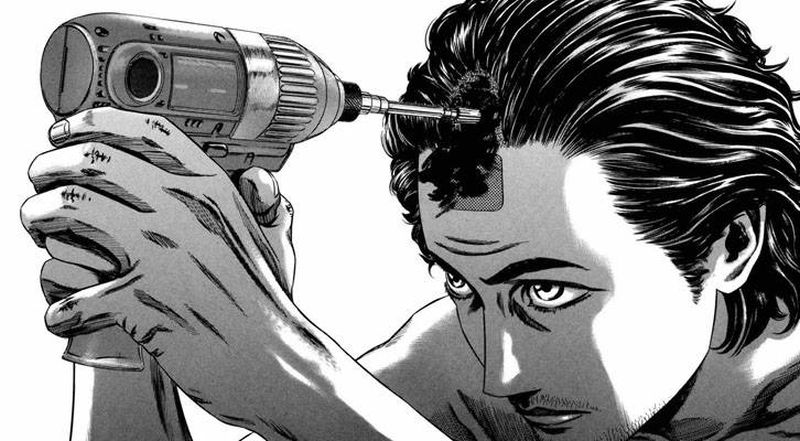 Homunculus is about a guy who was once rich but now homeless and who agrees to go through a process called trepanation. After the process, he begins to see the homunculi of people (which is something like their psychological selves).

Both in terms of the themes that it explores and in its out of the box artworks, Homunculus is truly magnanimous. It took Hideo Yamamoto around eight years to finish it. It isn’t hard to recognize where all his hard work went. In fact, to get a better hang of his character, Yamamoto even lived among the homeless. Homunculusis a must-read, especially if you have even minor interest in psychology 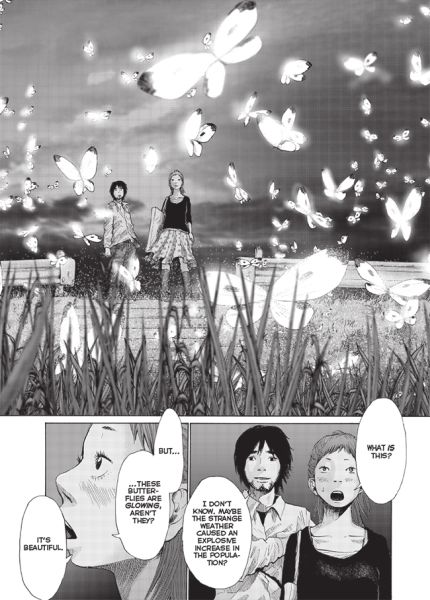 Inio Asano isn’t just one of the most popular manga artists in the west, he is also one of Japan’s best ones. He has often been described as a voice of the generation. His best works include mangas like A Girl on the shore, Solanin and Goodbye Punpun.

Nijigahara Holographis significantly different from all of Asano’s other mangas. Branded under the genre of psychological horror, this manga is an altogether otherworldly experience. The story of this manga goes back and forth describing the lives of characters who were once together in school, but even as adults are drawn to each other by strange poetical forces. It might seem dark and even incomprehensible at times, but that just makes it better manga to read again and again.

5. The Flowers of Evil by ShūzōOshimi

Revolving around the love triangle of three middle school students, The Flower of Evil is unlike anything that you might have seen, heard or read in the genre. It twists and warps our idea of teenage romance into something entirely different. The manga does justice to its title (which is also the title of a book by Charles Baudelaire). So, be ready to find some flowers that aren’t just sweet and tender, but evil too. It isn’t something that you’d like to hand over to a child. Moreover, it has a pretty anime adaptation too, in case you are more into anime. 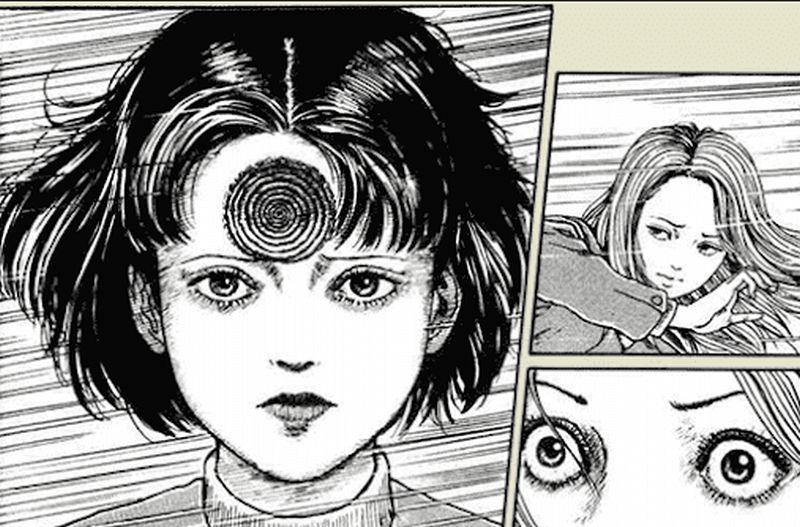 Uzumaki is one of the great masterpieces and crossover successes in manga history. It was written and illustrated by Juni Ito, who also has other great titles like Gyo, Tomie, and The Enigma of Amigara Fault to his name.

Like most of Ito’s other works, Uzumaki is also a horror manga. It takes place in a fictional Japanese town, which has a curse of spirals on it. The manga offers some of the most awe inspiring and creepiest illustrations that you might ever get to witness on a manga or a comic. A black and white anime based on Uzumaki is in production right now. We hope that it is at least half as good as the manga.

7. Ichi the Killer by Hideo Yamamoto 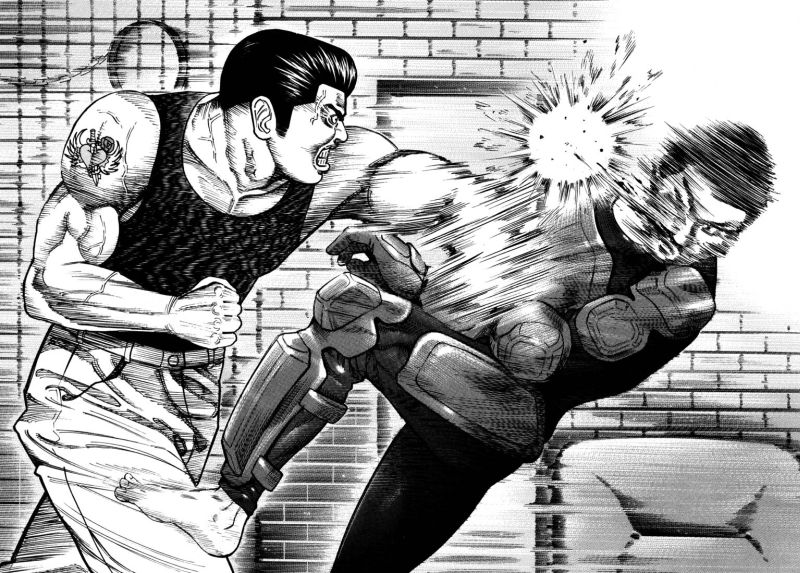 Yet another title by Hideo Yamamoto, but we couldn’t help including it considering how good it was and how different it was from Homunculus. In comparison to Homunculus, which has more philosophical and existential themes, Ichi the Killer deals with something totally different. Ugliness, sexuality, and violence are a few important themes in the manga, but it is much more than that. Make sure you also check out its movie adaptation by the auteur Takashi Miike.

For most of the people outside Japan, mangas might be an acquired taste. But if you are one of those few who are open to experiencing something new and creative. Mangas are something you should definitely try. Who knows, they might prove to be the creative boost that you need.