Home Design The most innovative stamps of 2013
DesignLatest

The most innovative stamps of 2013 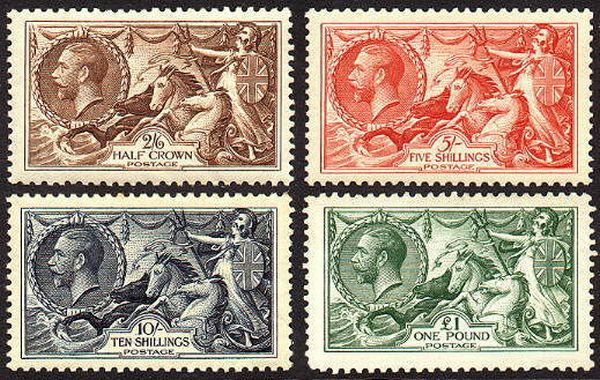 Philately is an old and well known pastime. The collecting of rare and valuable postal stamps is a pastime that has occupied the minds of the common and the elite alike. Several monarchs such as the George VI, the King of United Kingdom, King Gustav of Sweden and King Carlos of Spain have been enthusiastic postal stamp collectors, spending large sums of money on acquiring unique and exotic stamps. The most expensive stamp in the world right now is probably the one cent British Guinea, valued at several million dollars in a recent auction where it went to the collection of a private collector. The USA prints several stamps every year to commemorate the anniversary of a great event or to honor a great person or to mark the start of some great program of public benefit. The most striking stamps of 2013 issued by the USA Postal Services are: During the Civil War president Abraham Lincoln signed the emancipation proclamation doctrine on January 1, 1863 freeing all the slaves in the rebel confederacy states. This is the 150th anniversary of that great event, one of the most important in the history of the USA and a major moment in the chronology of western civilization. The stamp issued by the postal service commemorating that event uses the powerful words of the declaration “Henceforward Shall Be Free” on a background that reminds the reader of the cannon broadsides fired so frequently during that tumultuous conflict. The stamp is one of a civil rights set that is set to be issued in throughout 2013.

The Sealed with Love stamp evokes one of the most profound of human sentiments, that of pure and unadulterated love. Bringing back the romantic idea of handwritten letters and long periods of waiting for the post to be delivered, and the fluttering hearts of young people eagerly waiting for word from the loved one at a distance, the stamp is a work of art. It depicts an envelope fastened with an elegant wax seal in shades of red, consisting a small heart enclosed within a larger heart symbol, both surrounded by an exquisitely delicate network of filigree circle. The design is Victorian in nature. The kaleidoscope flowers are another set of stamps that have excellent design. The numerous and varied patterns that are seen in a kaleidoscope are set in a flower pattern, combining the allure and charm of flowers and the precision of modern computer art graphics. The stamp is available in four colours: red and blue, green and purple, orange and violet and pink and green.

A noted example in a set of Civil Rights stamps issued by the USA postal service, the Rosa Parks stamp commemorates the brave woman who sparked off the anti-segregation movement in the southern state of Montgomery, Alabama of the USA. An icon of the Civil Rights movement, the stamp is a gouache painting on illustration board depicting this brae and noble woman, the portrait emphasizing her quiet strength and steely determination to fight for her rights and the courage to stand up against the system that perpetrated a wrong and discriminated against the people of African American descent. The image is based on a photograph of the woman taken in 1950. The Grand Central Terminal, one of the iconic buildings of New York City celebrates its 100th anniversary in 2013. To commemorate this event the stamp is designed to capture the architectural beauty of this enormous structure by a view of the main concourse, with sunlight streaming in through the 60 feet windows onto the people below and the quadrilateral information booth in the foreground.

Microsoft explains the design of the Xbox One