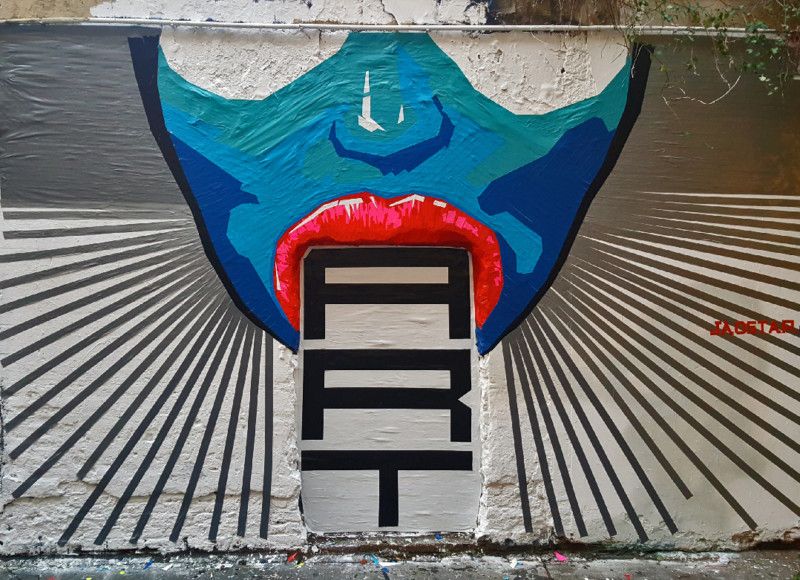 In a field as naturally subjective as visual art, you might hear artists define the process and purpose of their crafts in many different ways. A recurring theme, however, seems to be that art should connect people; it should inspire and provoke something—a thought, a feeling, or a reaction.Another aspect of art on which most artists can agree is that almost anything can become art. This includes tape as well.

Yes, tape. Since the 1980s, tape art has been on the rise. Now it’s starting to appear everywhere—even in businesses. 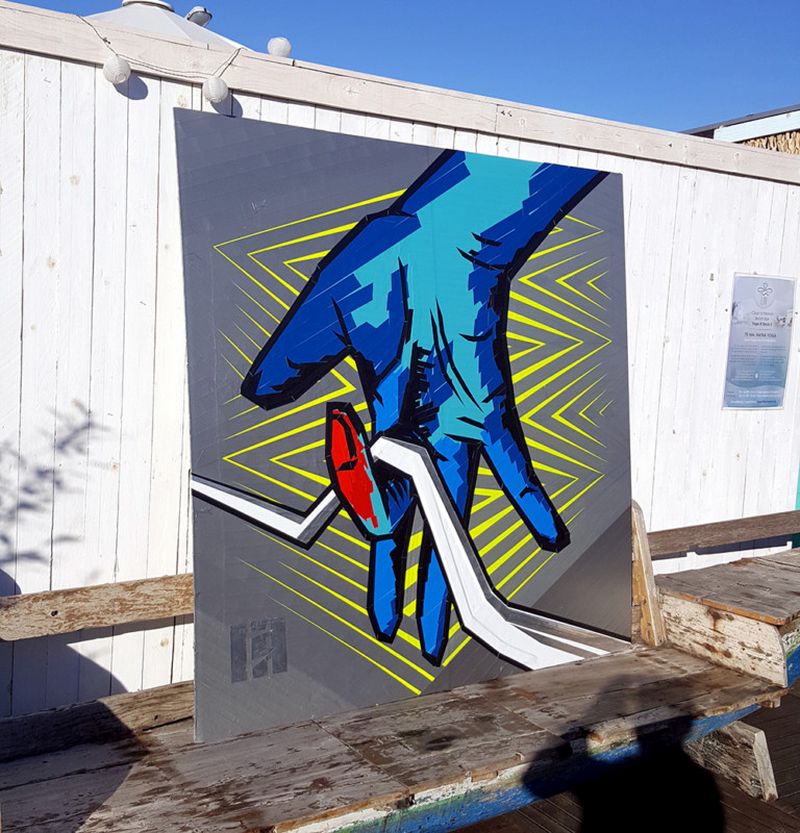 Thus, it was that an illustration composed entirely out of tape came to grace the building’s exterior. It depicted the struggle between the bull and anaconda as it had been described in the original article.

These and other tape art projects were undertaken by the Tape Crew as part of a marketing campaign brought to fruition by the University of Massachusetts at Dartmouth. The point was to promote cultural awareness throughout the city, as well as to make a general statement about how the process of art is more important than its final form (after all, tape art is temporary by nature). It worked.

More recently, tape artists Peter Trozstmer and Jeremy Gordaneer of Calgary have shaken things up by creating what amounts to a three-storey tape spider web in a downtown Plus-15 connecting two places of business—Bankers Hall and the Core.

Passersby get entangled in the web, modifying it to get out and experiencing the way that other people change it at the same time. It’s an art that is constantly shifting and seems to metaphorically hint at the way people affect each other in everyday life. Although it, too, was temporary, it made an impact and was considered a hit. People paid attention.

From the success of these projects, it’s easy to see that art inspires and it provokes. It makes a connection. It brings people to you.

Getting Your Home Ready for a Fresh Coat of Paint

What you need to ask commercial painting companies

How to Create the Best Photobooks

6 Things You Should Know about Drone Wedding...