A true architect is one who has the capability to look into the future with creativity and knowledge. Innovative designs and foreseeing the conditions of environment is what determines the true innovative quality of an architect.  The future holds various uniquely created structures that will make us completely stun with their great designs.  Here are some futuristic designs that make you star stuck out of which some are under construction, while many remain concepts for the future. Hypontic Bridges was designed with an aim to function as pedestrian bridge in China. The impressive design of the bridge comprises of three swirling lanes made in wavy pattern hanging in the air over the landscape of Changsha. The bridge is under construction and the design indirectly represents the Chinese knot from Chinese folk art. 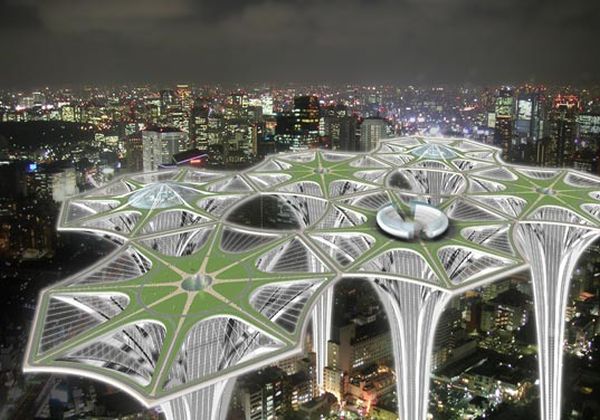 In the developing world, population is increasing day by day, and placing greater stress on urban areas. It has become difficult to live in cities where pollution has destroyed the environment. To solve this problem, San Francisco based designer Joanna Borek-Clement has proposed a design of Sky Terra Towers that are not a single building, but interconnected towers. The inspiration of this design came from the neuron cells. These sky-terra are superstructures that gives a new city layer including parks, fields, public pools, and bathhouses.

As we know, power plants are the main source of pollution with a large amount of discharge of pollutants. The level of carbon dioxide in the atmosphere is steadily increasing, mainly due to power plants. The architectural firm named AZPA has come up with a solution to this problem. Recently, the firm is planning to change the Wedel Vattenfall by wrapping the structure of the power plant arranged in a parallel pattern. This layer of plants will absorb the carbon dioxide produced by power plant. 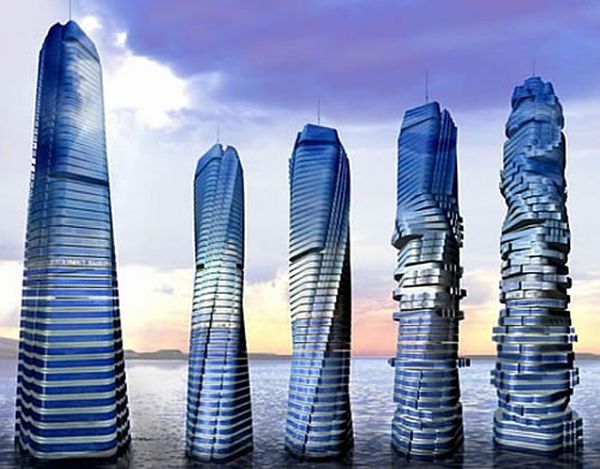 The dynamic wind powered rotating tower will be built in Dubai. The tower will consist of 70 stories. The tower will have a height of 400 meters, and prefabricated materials will be used liberally in its construction. As most of the skyscrapers face a lot of problem caused by wind, this tower will be specially equipped to handle wind currents. Turbines will be installed between floors, which will use the wind and supply power to the building. Photovoltaic solar panels producing solar energy will be installed on the roof of each floor will provide the power to the floor for rotation. In today’s, rat race life where we have no time for ourselves we look for a place where we do not have to travel long distances. Designers Diller Scofidio and Renfro proposed design of indoor parks in Russia that will feature four landscape typologies, namely steppe, forest, wetland,and tundra with the option to control the climate conditions withstanding the Russia’s extremes winters. Not only this, there will also be an option to control day and night in the parks.

An architect who can bring the best of nature along with gigantic structures with distinctive designs can bring a new evolution in the field of architecture. The modern age requires the new construction to be innovative, functional, and environmentally friendly.