Floating office on sea can hire international workers without visas 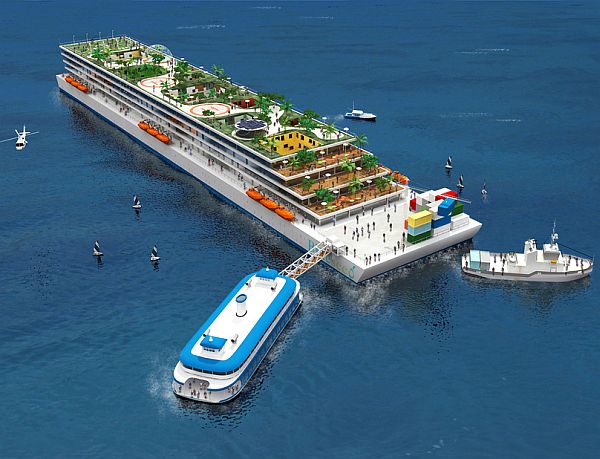 A floating city on international waters sounds really hi-fi and absolutely exhilarating. Apart from the fact that this is utterly cool, the idea is also quite accommodating. It will allow firms to operate sans the jurisdiction of government bodies. The project will roll out for real and about 133 startups have already requested space on it. The concept of this seaborne startup community was initiated by Blueseed. The amazing island office will be launched by the third quarter of 2013. The smashing project has attracted investors like Peter Thiel, the co-founder of Paypal. To complete your sea adventure, the office will be housed inside a giant ship. The place will be a multicultural hub that will attract talent from around the world. Startups will not only have offices in here but can also inhabit employees.

Ferries running everyday will transport people from their abode at the ship to the Silicon Valley, which is located a few miles away. A single occupancy home over here that also includes workspace will cost about $1600. Additionally, a top tier single occupancy is also available and will cost about $3200. The floating city will come up somewhere near the coast of California, which is about 12 miles away from the U.S. marine borderline.

This means a load off for many companies. They won’t have to worry about going through the weary procedures of visas and permits before they hire foreigners. You heard it right. The area is close to U.S. and yet outside the jurisdiction of government authorities. So, even if you don’t have your paperwork right and couldn’t manage a visa, you still have a chance to experience international work culture. It is, after all, a free world!

Getting your information right on highway noise...

Unique yet Functional Cutting Board to Ease...

Shoe design trends that could change the...

5 Stunning camera concepts to fall in...

Music is in the air with AirJamz-...