Water has always been a source of inspiration for designers and architects across the world. Here are five such specimens of waterfront architecture that have inspired architects to design and create homes that in fact are works of art. Castel Meur is known as “La Maison de Plougrescant” in French and “The House Between the Rocks” as well. Built in 1861, this amazing waterfront home snugly fits between two natural pillars of granite on the coast of Brittany in France, providing a stunning view of the English Channel. The water and the rocks make the Castel Meur very photogenic and it is not surprising that the picture of this waterfront home feature on numerous postcards. However, tourists have caused some damage to Castel Meur that forced the authorities to ban the sale of images of the structure. 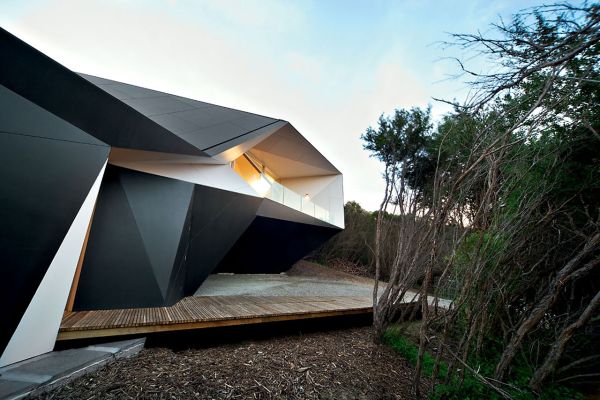 This creative and futuristically designed home is actually a weekend beach retreat near Melbourne in Australia. This is a work by McBride Charles Ryan Architects. The designers based the home on the Klein bottle design, which is actually a conceptual shape that does not have discernible interior or exterior sides. It is brilliantly done with black metallic folds in the roof of the home that actually changes the shape of the home. The flexible spaces within the home give the residents a feel of the indoor and outdoor experience both together.

This is one of the most gorgeous creations as the owner of the house has been directly involved in its construction. Robert Bruno’s Steel House is something that Robert has been working on for more than 30 years. He first started building his house bear Lubbock in Texas and now it looks like a combination of both a spaceship and an airplane as it provides some breathtaking views of the lake. However, the interior looks like a huge cave made out of steel. Dome of a Home

Mark and Valerie Sigler’s homes were devastated due to the tropical storms and hurricanes in the 1990s. Thereafter the couple decided to go in for a home design that could bear the severe weather conditions in Florida. In partnership with architect Jonathan Zimmerman, the couple created the dome home, which has a unique experience. Perched on the Pensacola Beach, you can take the Dome of a Home on rent for $5600 per week. 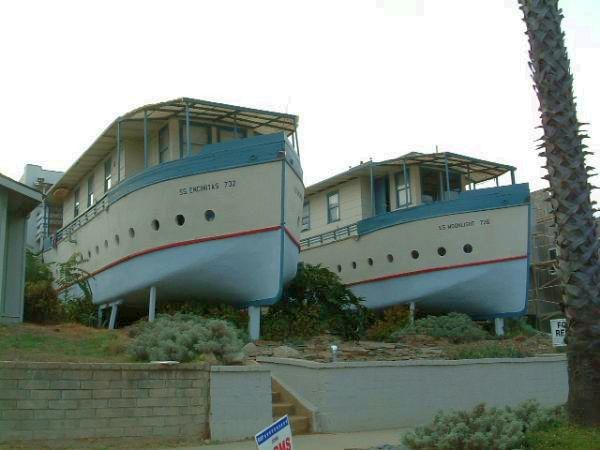 The Boat Houses are a little away from the beach in Encinitas, California. The home has been the work of a businessperson called Miles Minor Kellogg who built structures made out of reclaimed and recycled materials. He was always fascinated by boats so Kellogg and his son built these boathouses together in the 1920s. Today, the Encinitas Preservation Society preserves these houses.

A water view from your home is a dreamy affair and perhaps a dream come true for the idyllic vacationer. The sound of the waves and the gorgeous sunset leaving a mark on the ripples make them look like a paradise.